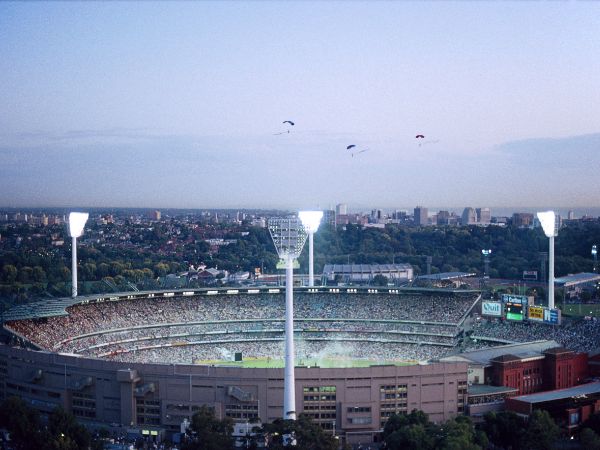 After New Zealand’s victory at Trent Bridge, England is now facing a battle to be back in the second Test.

England captain Ben Stokes asked the tourists to bat on a wet pitch. The tourists reached 318-4, as Daryl Mitchell (and Tom Blundell) repeated their impressive stand at Lord’s.

England overcame a poor start to the ball game to bring the Black Caps down to 169-4.

Mitchell was able to score 81 and Blundell scored 67, a partnership that has lasted 149 years.

Importantly, Mitchell was able to survive a fairly straightforward chance to Joe Root when he only had three slips, while Blundell managed one through a static cordon later in the day.

England was in danger at different points of the first Test but managed to win by five wickets.

They will need to show similar determination here, especially since they will be playing last on a surface which could become deteriorating.

Trent Bridge conditions deceive England
It was an exciting, fast-moving day in Test cricket. This was made even more interesting by the fact that both teams appear to have misread the conditions.

Stokes’ decision not to field first is only criticised in hindsight. The pitch was green and cloudy at the time Stokes won the toss. Tom Latham, who was leading New Zealand after Kane Williamson was out with Covid-19 also wanted to bowl.

England has two problems due to the surface’s dryness. First, New Zealand has been allowed to make a large total. Second, there is the possibility that any chase later on in the match could be hampered by uneven bounce.

England’s attack was unable to control the game on a windy day in Nottingham. Only James Anderson and Stokes could feel that they were at their best. The frustration of the hosts was evident in the number of rejected requests by the umpires for the ball to be changed.

England fell back into old habits when it came to missed catches. There were four total.

They were aware that an inconsistant batting line up will be the one to play them back in this match.

They wasted their chances. Will Young, Devon Conway (46), Latham (26) & Henry Nicholls (30), who replaced Colin de Grandhomme injured, all got in and got out.

Mitchell performed a variety of reverse sweeps off spinners, and one of his sixes – straight hit off Jack Leach- landed in a spectator’s drink. Blundell was a master of drives and cut through the offside.

Root missed both, but Mitchell’s edge off Stokes was the right one to take, and Blundell’s flash at Leach 47 was a tough chance to slip.

Stuart Broad was using the second ball and Blundell on 63 edged between second slip Zak Crowley and third Jonny Barstow. Both were able to see it pass by.

England’s positive attitude put to the test
England’s new captain Stokes and Brendon McCullum are determined to keep it positive, even under pressure. Trent Bridge was a challenging day that tested this positivity.

Some bad new-ball bowling added to the confusion at the toss. Young and Latham were allowed 84 each for the first wicket. Conway and Nicholls added 77 each for the third.

England won both times, to their credit. Each time, it was Stokes and Anderson who took two wickets each with movement that the rest of England struggled to find.

Broad’s best period was in the afternoon after lunch. He had Nicholls drop by Crawley and Matthew Potts was either too full of food or too short for most days.

Leach, a left-arm spinner, was able to hold the end despite having suffered a concussion in the first Test. England emitted 45 boundaries in total.

At the very least, Saturday will see the home team return to their base with a ball that has only seven overs.

They will be able to break the Mitchell/Blundell partnership if they are able to do so.

Michael Vaughan, former England captain: “New Zealand is a great team. They’re consistent and they know how to win Test matches. England is a team that still has weaknesses despite their win at Lord’s.

“Today’s fielding in England isn’t something new. We hoped that what we saw at Lord’s would be something different, but it’s a return to what we’ve seen over the last few years. It would be amazing if New Zealand could field in this manner. It was an overcast day, with eight wickets falling. England will have batted very well.

Jon Lewis, England bowling coach: “Would things have been different at the toss?” No. I don’t believe so. The toss was a smart decision, and it was an aggressive option. We were to be aggressive as coaches and captains wanted us to.