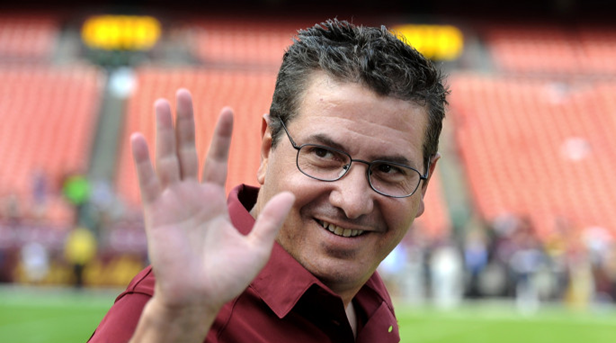 Dan Snyder may be best known in the Washington, D.C., area as either the franchise owner of the Washington Football Team or as a successful entrepreneur, but his impact on the world goes far beyond his professional accomplishments. Snyder’s roots are deeply entrenched in the local area. In fact, he was raised there and spent much of his childhood rooting for the local NFL team, and when Snyder reached adulthood, he began to make a major difference in the world around him.

Early in his adulthood, Dan Snyder focused intently on his career and founded Snyder Communications, Inc. Because of his hard work and expertise, he was able to grow this company dramatically through its 15-year history. When it went public on the New York Stock Exchange, Snyder made headlines as the youngest CEO to achieve this level of success. The company provided gainful employment to an increasing number of workers in this country and beyond. When the company was sold to Havas for $2.3 billion in 2000, it employed more than 12,000 people based in 77 offices throughout 17 countries.

Dan Snyder’s reach extends far beyond the professional success he achieved through Snyder Communications, Inc. In 1999, he purchased the Washington NFL franchise, and it continues to be one of the more successful sports franchises worldwide. As a team owner, Snyder has had the opportunity to support various NFL programs and to initiate some of his own.

Some of these programs have supported military veterans, such as Salute and the Gary Sinise Foundation. Because of Snyder’s position as a franchise owner, he also made a huge impact on the community recently when he worked with local officials to transform FedEx Field into one of the area’s largest testing sites for COVID-19.

Soon after buying the franchise, he launched the Washington Charitable Foundation with the goal of supporting various programs and causes in the local area and beyond. This charitable organization has connected with leaders, businesses, and affluent residents to collect and disburse more than $30 million over the last two decades. Its reach has touched millions of lives locally and around the world.

On a local level, the Washington Charitable Foundation has structured various workshops and programs at area elementary and middle schools over the last few years. These programs focused on outreach, literacy, and wellness. Additional support has been provided to Loads of Love, a program that helps support the academic success of underprivileged children and teens by providing access to laundry facilities to help ensure clean clothing for those who need it at dozens of schools in the area.

Close to home, the Washington Charitable Foundation has also supported Youth for Tomorrow and Beacon House. In addition, it provided $35,000 to fund renovations of the Ashburn Colored School, a historic site that was damaged by vandalism.

Through the Washington Charitable Foundation, Dan Snyder initiated support for many communities around the world after some of the most notable natural disasters in recent years. These have included Hurricane Matthew in 2016, Hurricane Katrina in 2005, and the 2004 tsunami in Southeast Asia.

While Daniel Snyder’s efforts through his franchise and the Washington Charitable Foundation have been substantial, he and his wife have also privately supported other causes that are important to them. Their financial support for both the Children’s National Hospital and the National Center for Missing and Exploited Children has been so substantial that both organizations have named new facilities in their honor. The couple recently provided $100,000 to the local food bank to support those who are struggling during the pandemic. In addition, $250,000 of their personal funds were donated recently to a social injustice group. Dan Snyder continues to make a solid difference in communities around the world through his various activities, both through private efforts with his wife and in conjunction with the Washington Charitable Foundation.

Additional information about Snyder can be found here: https://americanfootball.fandom.com/wiki/Daniel_Snyder

Valorant: How to increase your kill-death rate